Bulgar and Spinach Pilaf with Labneh and Chilli Roast Tomatoes

You have to start the labneh the day or night before. Line a sieve with a bit of cheesecloth and set it over a small bowl. Put the yogurt into the cheesecloth and refrigerate the whole thing. The yogurt will lose a bit of excess moisture over the next 24 hours, leaving you with a firmer mixture, a bit like cream cheese. Help it by giving it a squeeze once or twice. Tumble the yogurt into a bowl. Add the garlic, a little salt and mash it all together. Cover and put the labneh into the refrigerator until you need it.

Halve the tomatoes lengthwise and put them in a small roasting pan or oven proof dish. Mix together the olive oil, balsamic vinegar, harissa, some salt and pepper, and pour this over the tomatoes. Turn them over, making sure they get coated, ending with them cut-side up. Sprinkle the soft brown sugar over the top and put in an oven pre-heated to 350F degrees. Cook for 40-45 minutes (please note: less time if you use smaller cherry tomatoes), until the tomatoes are shrunken and sweet. They can either be hot or at room temperature when you add them to the pilaf, so you could do this part in advance.

For the pilaf, sauté the chopped onion in half the olive oil in a fairly heavy-bottomed saucepan. When the onion is soft and translucent add the garlic and cook for another couple of minutes. Tip the bulgar wheat into the pan (on top of the sautéed onions), pour in the stock, and season. Bring to a boil, then turn down the heat and let the bulgar simmer in the stock for about 15 minutes. All the stock will have been absorbed by then. Cover the pot and let the bulgar sit to fluff up for another 10 minutes.

Take the stalks off the spinach and wash the leaves well. In a covered pot, cook the leaves in just the water that clings to them after washing. They will wilt in about 4 minutes. Squeeze out the excess moisture and chop the leaves very roughly. Sauté the spinach for a few minutes in the remaining olive oil and season it well with salt and pepper. Stir this into the bulgar wheat.

Quickly cook the finely sliced onions in very hot olive oil – you want them golden brown with some crispy bits. For the last minute of cooking time, add the cinnamon and brown sugar. Stir this around and, once the sugar has melted and begun to slightly caramelize, add a good squeeze of lemon juice and some salt and pepper.

Layer the different components in a broad, shallow bowl: tip in the bulgar wheat, sprinkle on half the mint, then the tomatoes, then the rest of the mint. Break the labneh into lumps and scatter them over the tomatoes. Now strew the onions on top, drizzle with a slug of extra-virgin olive oil, and serve. 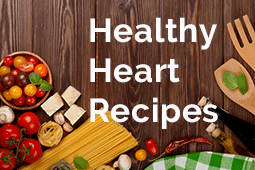